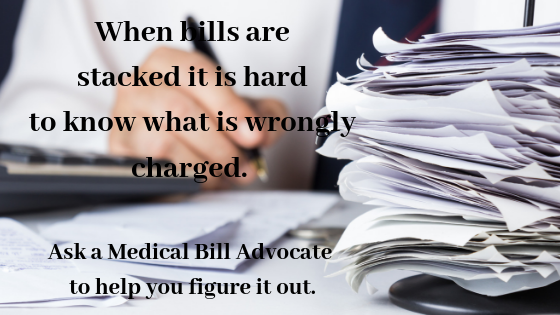 When you go to a hospital that is In-Network it only seems natural to think that everyone you work with at the hospital is covered within the facility. However, that is not the case. Clients have even come to me where they received medically necessary care at an in-network facility only to be taken to an out-of-network sister facility within the hospital’s campus to recover from radiative procedures thinking their care would be covered. The patient was then sent a bill because the in-network hospital didn’t seek pre-approval for the transfer to an out-of-network care facility that is on their grounds. Things can get technical when hospitals use out-of-network providers within their system and then don’t follow proper protocol with insurance to ensure coverage.

For many patients, this leaves them with medical bills that would have either benefited from pre-approval or now require insurance appeals as they are often denied upon their first request for coverage from insurance as an out-of-network provider. Many times the hospital will have to write-off these bills as “Surprise Bills” or lower them based on the standard cost of care, if an insurance company denies the claims repeatedly and then the patient is left to advocate against the illegal practice with the biller.

Other more common examples of services that may result in care received at a hospital that isn’t always covered are lab work, the anesthesiologist or even the doctor making rounds within the emergency center. At least 25 states have laws against surprise out-of-network bills, usually, for emergency care they received at hospitals or ambulatory surgical centers.

While states provide protections for consumers with commercial health insurance plans, the laws against balance billing and surprise billing does not apply to self-insured employer-sponsored health plans, which cover 61% of privately insured employees, according to the Kaiser Family Foundation. Self-insured policies are regulated by the federal government and not the state.

When self-insured, companies pay medical claims themselves rather than paying premiums to an insurance carrier to do so, they operate outside of the ACA and state regulations. Self-insurance plans are regulated by the federal government and there is no federal law that prohibits surprise medical billing in self-insured plans. The patient will be left with the bill unless the state law prohibits the hospital from trying to collect anything above the reasonable and customary charges.

Congress just held a hearing to consider federal legislation that would prohibit surprise medical billing in self-insured plans and the tides may change where surprise billing is not a way to collect lost payments but rather be recognized as a well-known scam. Insurance companies and medical providers often blame each other for so-called surprise or balance billing. If a provider agrees to accept the insurance coverage then they are usually prohibiting themselves from getting any additional money for the care received from the patient. The more patients band together on a state and federal level to fight against the practice of balance billing or surprise billing, the easier it will be to get coverage, especially as providers are held to their end of the negotiations with insurance companies for the cost of their services.

A medical bill advocate will often catch the attempts to balance bill from the hospital or the attempt to deny claims by insurance companies as Surprise Bills. Texas is one of the states to most recently come to the forefront of discussion and ban surprise billing practices. Unfortunately, there are still states that allow balance billing or surprise bills and in those situations, it becomes the duty of the patient or a medical bill advocate to negotiate to lower these bills from the hospital so they match the reasonable going rate paid by insurance or medicare. It is a delicate dance to lower medical bills, especially when they are denied, overcharged or wrongly charged, reach out to a medical bill advocate to know what to do.